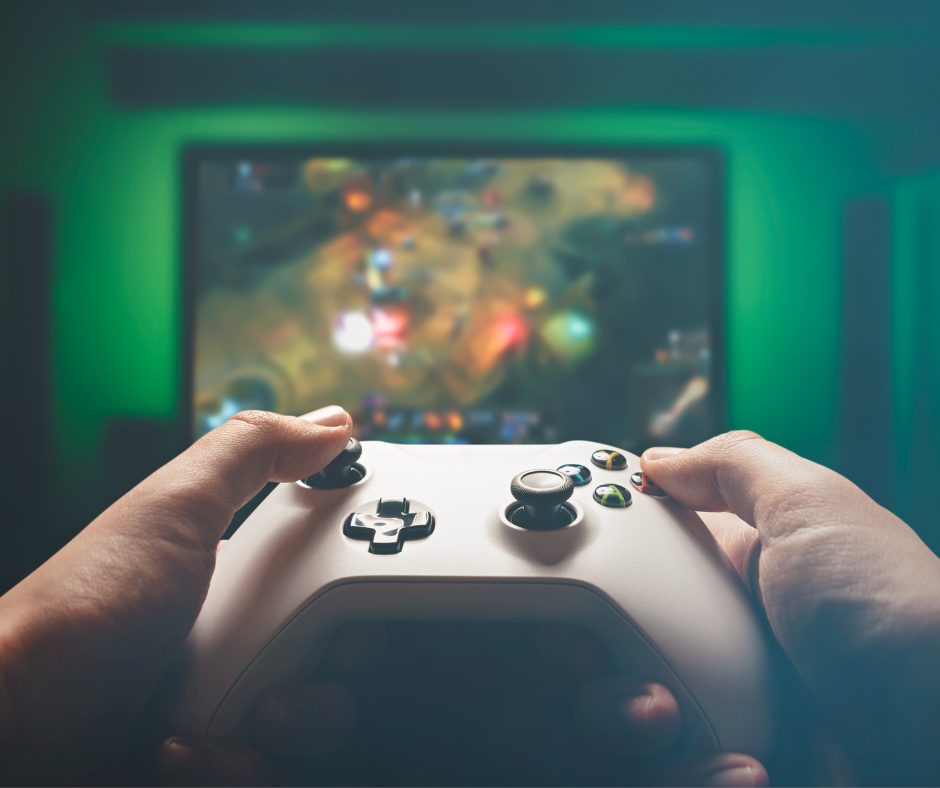 Video games have a rich history, dating back to the 1950s and 1960s. One of the first computer-based games, ‘Spacewar!’ was introduced for the Programmed Data Processor-1 (back then, a cutting-edge computer mostly found in Universities). Since then, video games have taken off in popularity. In fact, gaming is a 100-billion dollar global industry and in 2020 alone, Statistics Canada found that 34.7% of internet users played online games: with 5% playing more than twenty hours a week.

So, it seems that video games are common. Keep in mind, the above statistics do not include other forms of video games, like Play Station or Xbox. In the US alone, it’s estimated that ⅔ of households have at least one gaming system. But what about people who play a lot of video games?

Indeed, when gaming became more popular, some people developed “addictions” to video games. They spent more time playing games than engaging in other activities at work or at home; they may spend extraordinary amounts of money buying new games or purchasing in-game currency. As well, recent studies show that some video gamers can experience withdrawal symptoms when they are not playing video games. Just like when someone experiences cravings and irritability after they try to stop smoking, individuals on the riskier end of problem gambling experience low mood, increased anxiety, moodiness, and irritability.

How They Are Addictive? 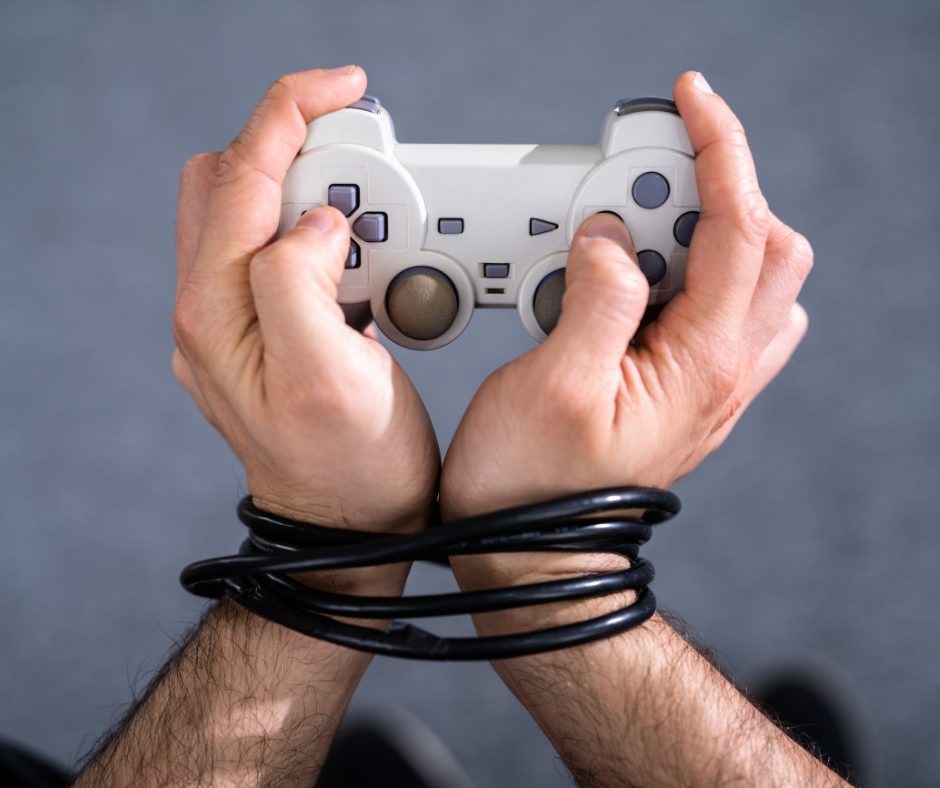 Addiction is a broad term, used to describe individuals whose behaviour, thoughts, and feelings are significantly altered by a pleasurable activity. In the beginning, researchers thought that video game “addiction” was similar to gambling and substance use disorders. People tended to develop tolerance to games: sometimes needing to play for longer periods of time to get the same effect. Some developed a tolerance to easier games and required more intense and challenging gameplay to satisfy their cravings. Gaming addictions also affect how a person engages in daily life: they may become more and more focused on gaming and stop paying attention to their basic needs, such as eating and sleeping. Others may stop interacting with family members, withdraw into their gaming worlds, avoid social situations and become reclusive.

So what is it about gaming that is “addictive?”

Video game producers have become adept at creating games that appeal to people’s needs for social inclusion and psychological pleasure. Video game creators and companies spend millions of dollars creating games that stimulate the human mind in all sorts of different ways. Video game companies employ psychologists, neuroscientists, and expert marketers in order to maximize pleasure and increase profits. Indeed, the neuroscience of gaming has a whole research field of its own, focusing on how to structure games from concepts in neuroscience and influence the reward circuitry of the brain.

The sound effects from your phone, the constant pop-ups to re-enter a game – all of these are created to re-engage you. The small in-game purchases to reach the next level, or add to your in-game currency, are a way of making income and keeping your reward system activated.

In Ontario now, casinos and slots are available at your fingertips. Now you can play casino games online, with easy access to your bank card or Apple Pay. Considering how often people use their phones and how easy it is, the gaming industry in Ontario expects to make millions off Ontarians.

All of this is to say: games are created to be fun. They are created with the human mind at the forefront of their ingenuity. They use graphics and visuals that are pleasing to people and offer rewards to keep you engaged. It’s no wonder that recently Internet Gaming Disorder was added to the Diagnostic and Statistical Manual of Mental Disorders. Although it is not a firm diagnosis yet, it has been positioned as a condition that needs further study. There is a growing body of evidence that internet gaming disorder can have serious negative effects on people’s lives and is associated with clinically significant impairment. 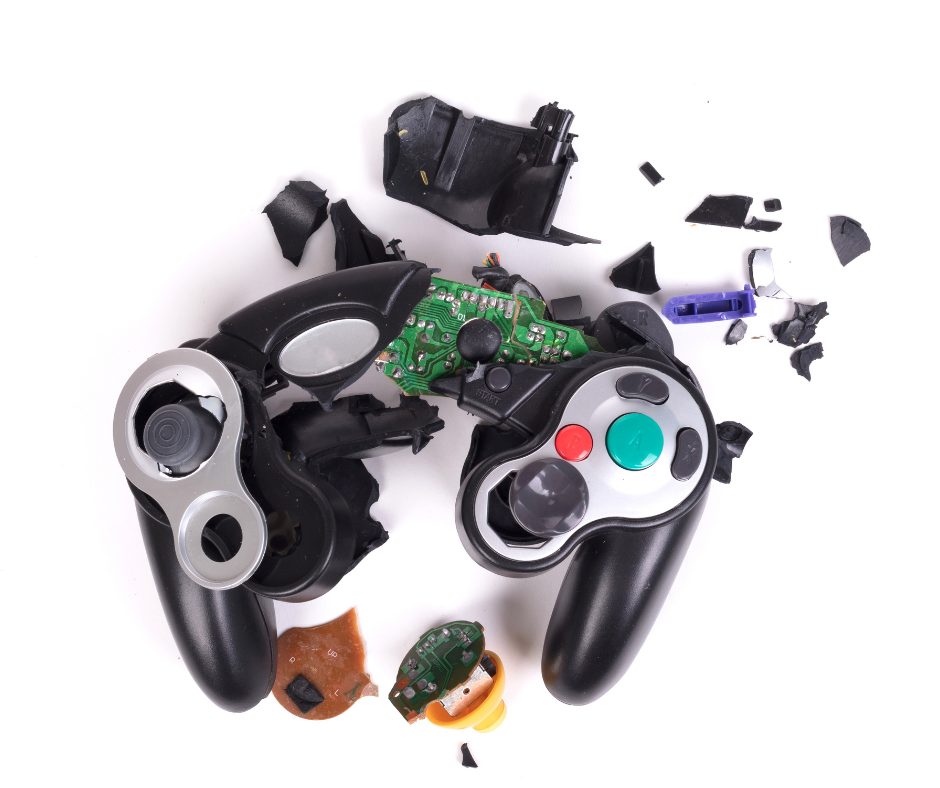 Overcoming video game addiction can start with acknowledging that it’s a problem. There are no firm criteria for knowing if you have a problem with video games, so having a conversation about your use with a psychotherapist can be a good starting point. If you are preoccupied with games, experience withdrawal symptoms when you are not gaming, need to play for longer periods or more often, feel unable to stop once you start, and have started losing interest in other activities, you may benefit from speaking to someone. As well, if you play games to cope with negative moods, lie about your gaming, or have put a job or relationship in jeopardy, it might be a sign of a bigger problem. There is hope.

People who struggle with video game disorders benefit from cognitive-behavioural therapy and engaging with other people who are in a similar position. Some people start by taking 90 days off from video games and noticing how their lives change, others need more support to stop gaming. If you feel like you need some help, reach out today.

Gambling and video gaming share a lot in common: both are designed to take over your logical brain and engage with the pleasure side of the human experience. There is no shame here: they are designed and created by professionals to be engaging and rewarding. If you find yourself struggling with any symptoms mentioned above, consider reaching out to a CBT therapist who can help you break out of the gaming cycle. 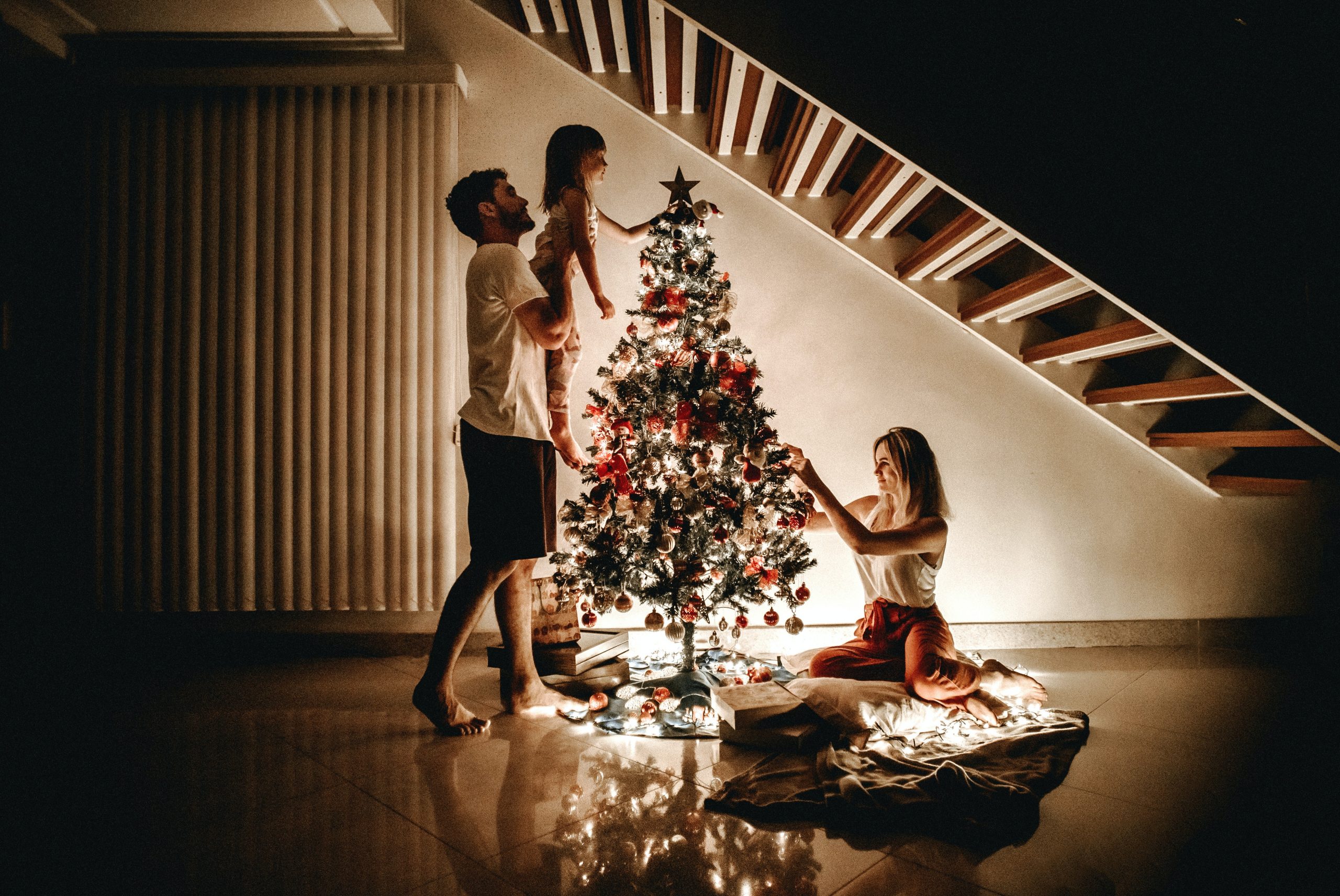 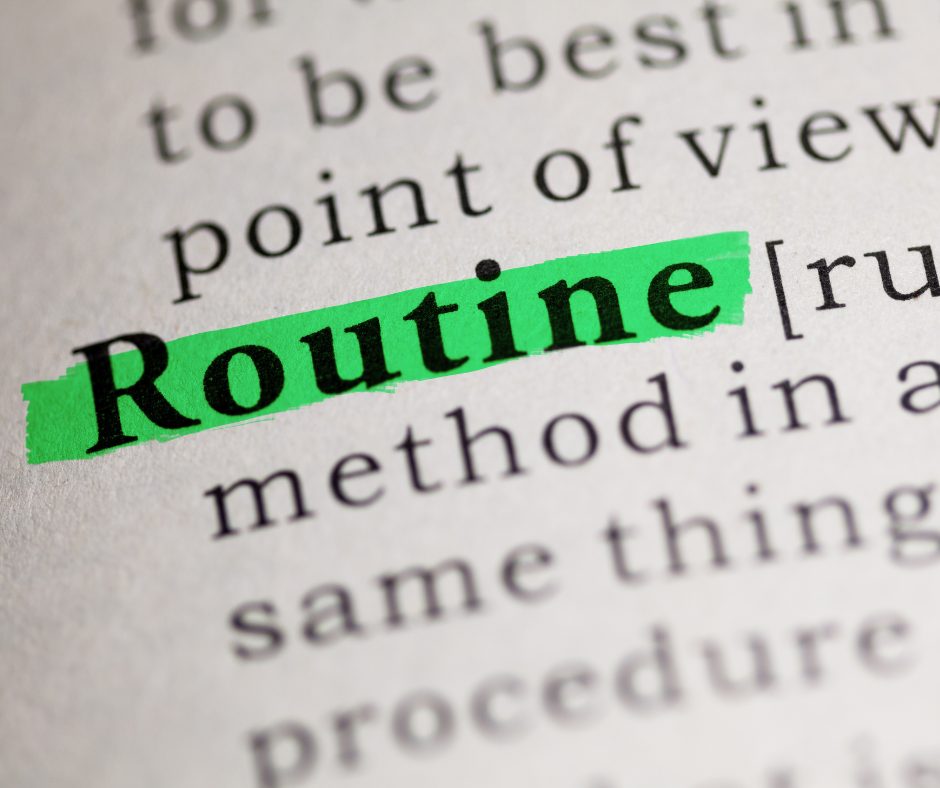 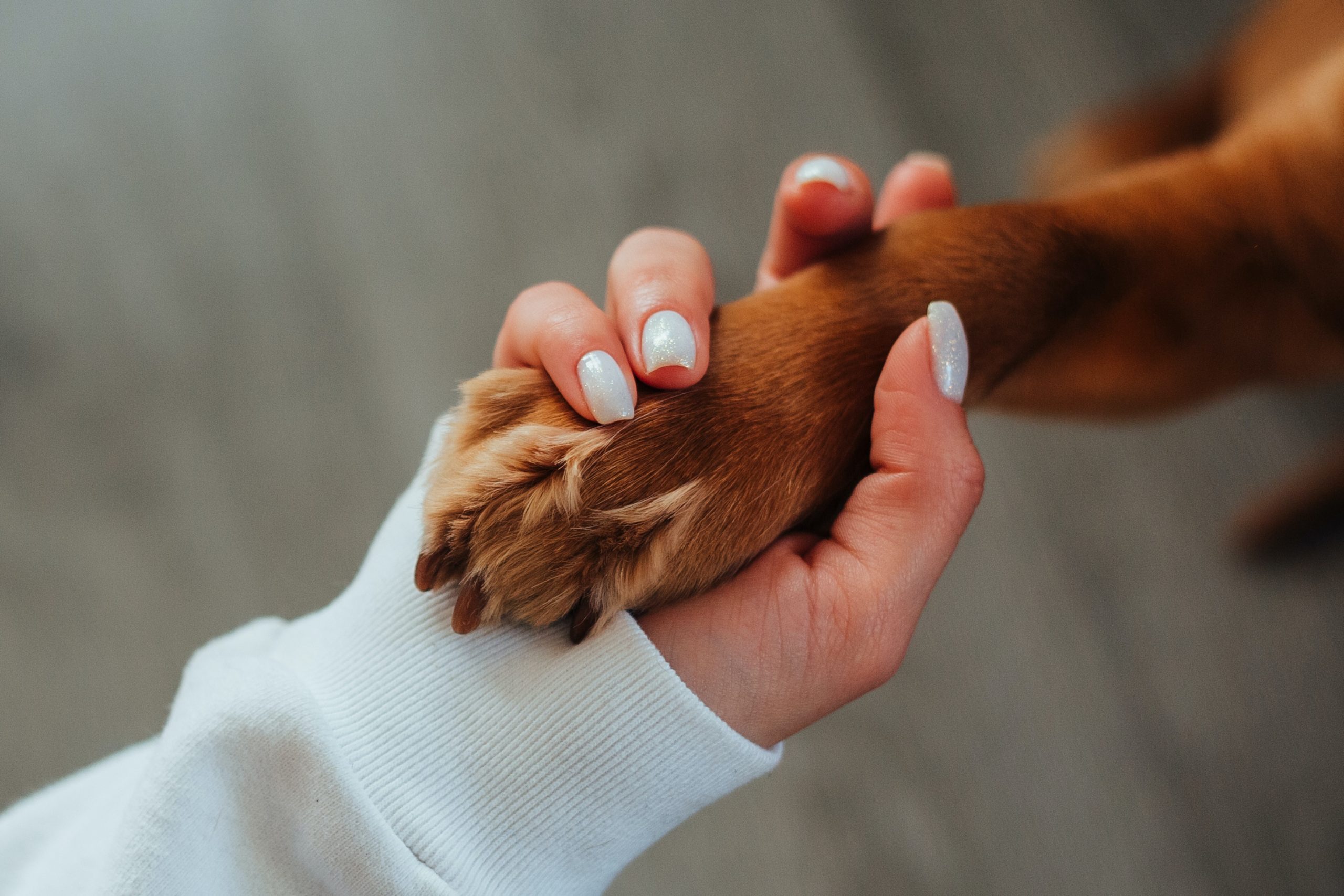